This design borns in 2007 as my personal version of a sort of Zion unit of Gundam Universe. It started as a modification of a 1/100 scale Goblin (see in “Pubblication” section if you like to see this model), then I’ve decided to create almost everything from scratch. Creation of the master lasted almost 5 months of hard sculpting work and it was the first time i’ve used lathe to create several round shapes like spikes on shoulders, gun and thrusters noozles, sturm fausts, gun’s barrel and other pieces. Once completed it’s about 24 cm (10 inches) tall and it’s composed by 150 resin parts circa.

The master (prototype) was made out of Milliput Superfine, Plasticard, Evergreen bars, model kit parts and common every-day-objects, all melted together with Epoxy Putty and super-glue. 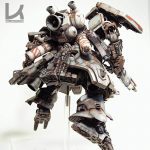 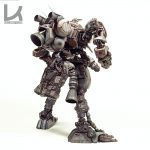 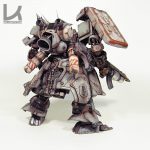 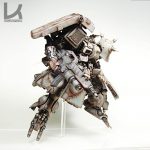 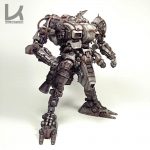 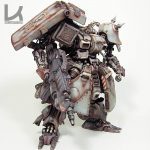 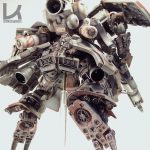 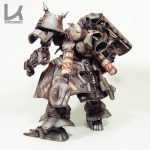 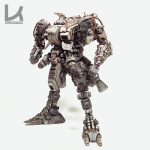 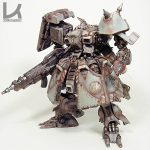 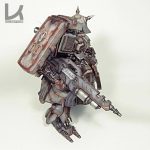 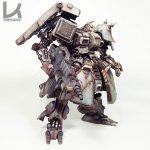 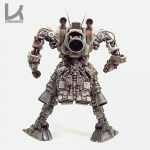 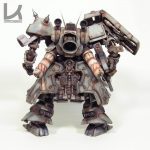 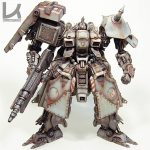